National Songs is a research project interested in archiving the songs that were produced between the start of the Revolution in Egypt (1952) and the Liberation Revolution of Algeria (1954) until the year 1972. The curators of the project are Egyptian sound artist Yara Mekawei, and Algerian researcher Salah Badis.

The two researchers are interested in documenting the important remarks of making national music and songs in a critical period in the history of the two countries that formulated the political present and future and formed political regimes that are still in control up until this moment, through researching around revolutionary music-making which was formulated as a voice praising an exact political period, or a person.

Looking at the lyrics of the national songs of that era, the two researchers fount that it all evolves around tearing up the past, preparing for a bright future and re-mapping the present after decades of colonialism and foreign protections.

10 years of the Egyptian revolution (1962) marks the year that Algeria announced its independency and 10 years after the Algerian independence (1972) marks Egypt’s last was in its history. And between every decimal, there are stories woven between the two countries on the military, political and artistic levels. The two researchers invite you to explore them together through the “National Songs” website.

“National Songs” is one of the projects selected for the Parallel Sphere grant which was launched in June 2020.

Meet the artists behind “National Songs” 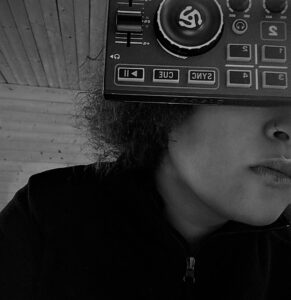 Yara Mekawei is a Cairo-based electronic music composer and sound artist. A prolific artist and scholar, Yara‘s sonic bricolages draw inspiration from the flow of urban centres and the infrastructure of cities. She is concerned with the philosophy of unique architecture, its history and its connection with the surrounding emptiness. She extracts the musical conversation of the visual images alongside being a prolific video and performance artist. 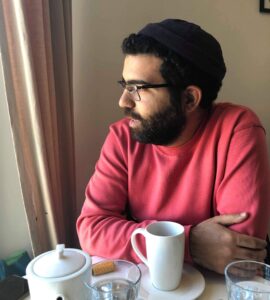 Salah Badis: Algerina writer and researcher, born in 1994 and lives in Algeria. Badis works in writing and translation with an interest in research in topics such as Literature, Geography and Music. Badis published a novel titles “Those things Happen” in 2019.