Between October 6th and 10th 2021, the first Beirut Comic Art Festival took place in many cultural and public spaces across Lebanon.

Pro Helvetia Cairo had the great pleasure of supporting the participation of Swiss artist Hélène Becquelin with the new format of her exhibition “Plan à 3: Belgium – France – Switzerland” in addition to a masterclass and an open talk. 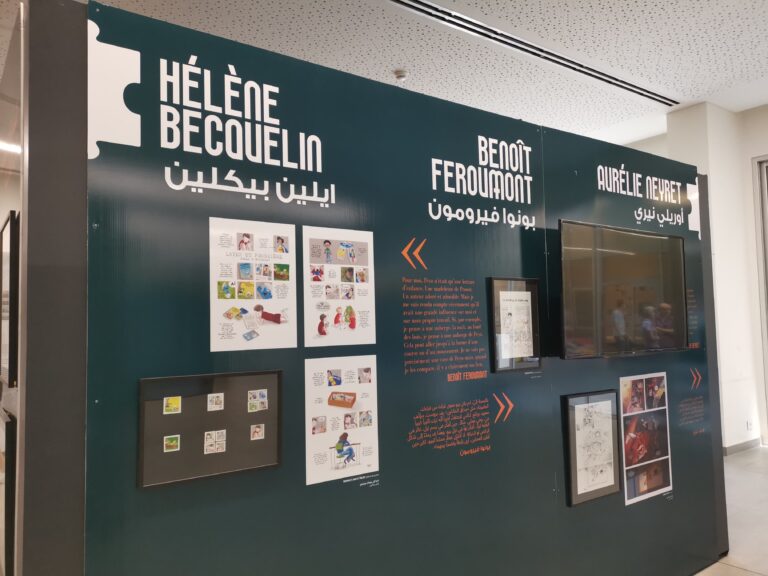 The festival is a collaboration between Lyon BD and the Institut Francais in Lebanon and featured a broad array of artists from around the world, with significant Arab presence. 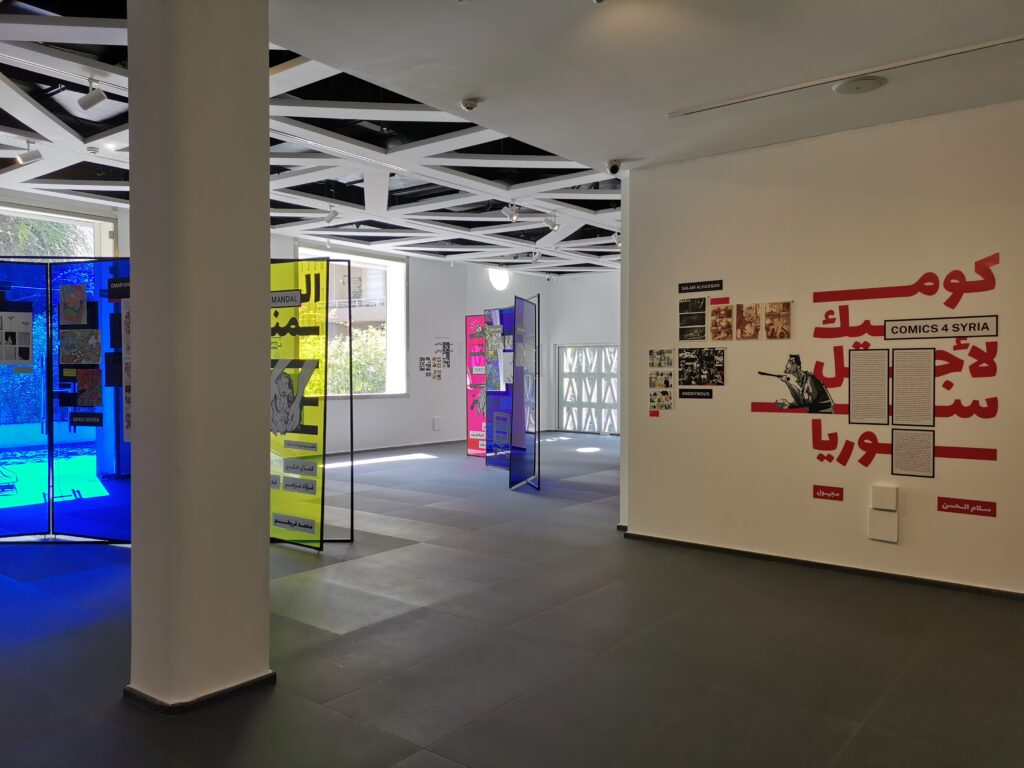 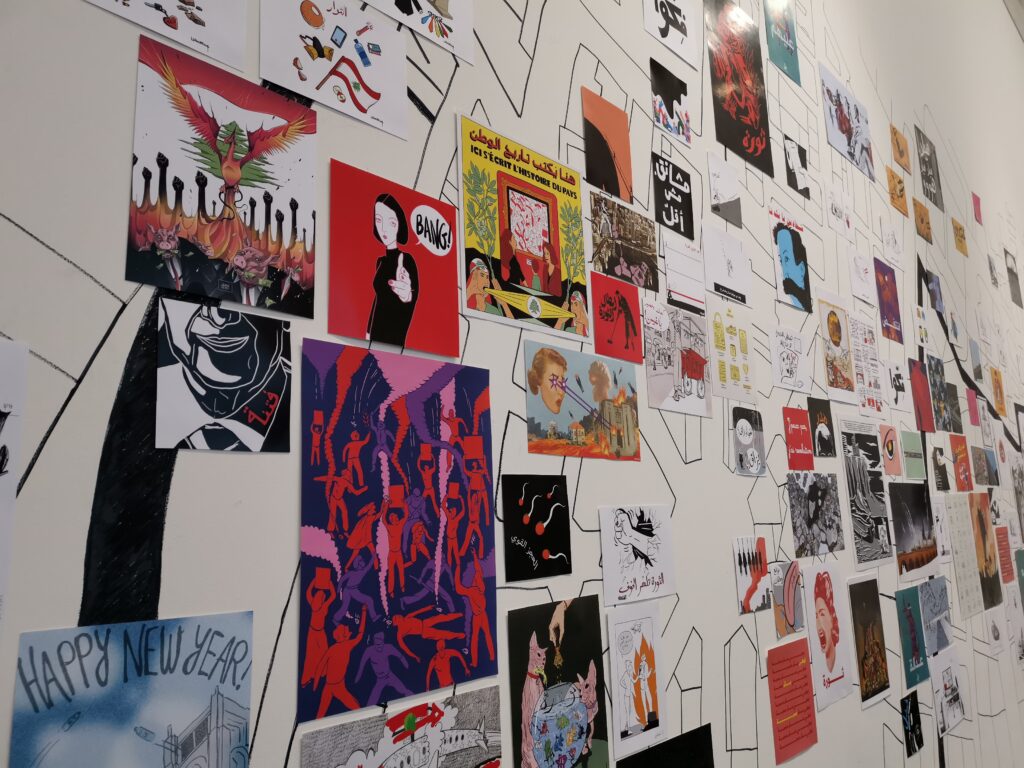 On October 8th, Hélène Becquelin inaugurated her exhibition at the Académie Libanaise des Beaux Arts following an open discussion, where she spoke about her experience with personal narrative using comic art and her recent comic book 1979.

As part of the festival, Hélène also did a book signing at Beirut’s Librairie Stephan, where she came in close interaction with the audience, answered their questions and signed copies of her books. 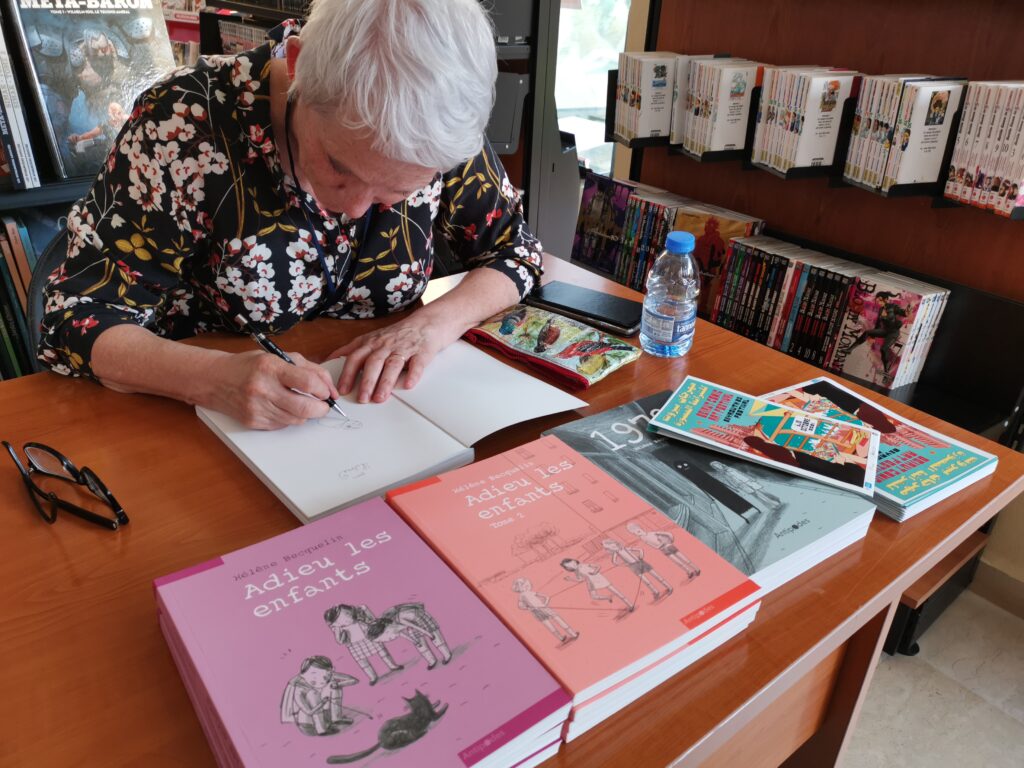 The festival featured 40 artists from 14 countries and offered a diverse programme of exhibitions, concerts, discussions, workshops and masterclasses and took place in public and cultural spaces around Lebanon and its capital Beirut. We are especially delighted that the festival materialised at such hard times.