Listen to the audio plays

On the occasion of Egypt’s National Day of Theatre, Sounds Like a Whisper II was launched on September 5th.

Over the course of eight months, the project was developed in a network between Alexandria, Cairo, Berlin and Zurich, under the artistic direction of Erik Altorfer and Adel Abdel Wahab.

The project consists of audio-plays, written, directed and performed by Egyptian artists and a masterclass on directing audio-drama by Swiss dramaturg, Erik Altorfer.

The project is the second part to a one week workshop at Theatre is a Must Festival 2019 – conducted by Erik Altorfer – that introduced Egyptian and Syrian writers to the art of producing audio plays: writing, directing, acting, working with a composer and sound engineer. This workshop resulted in eight short audio plays -which are also available online- and later invited to Mawgat festival 2020.

The masterclass by Altorfer, Sonic Traces, is also available here. 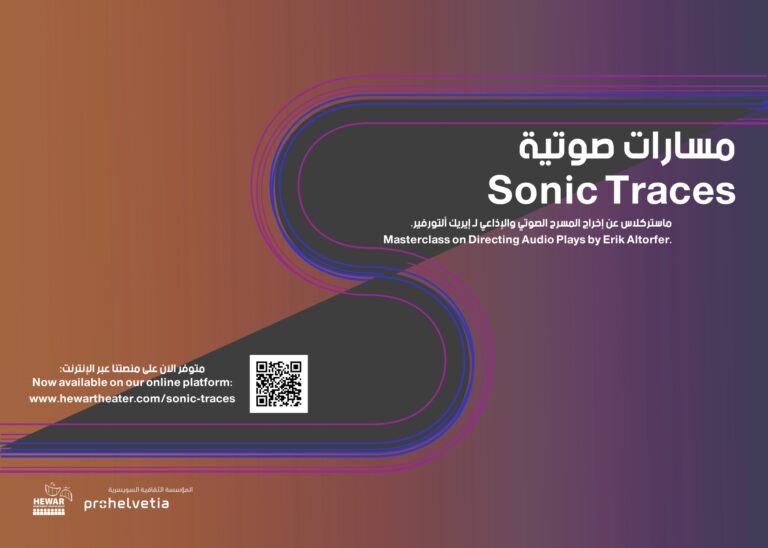 It consists of 4 episodes, the topics covered are illustrated by numerous sound samples of audio plays, many of them adapted and directed by Erik Altorfer.

Sonic Traces introduces the art of directing audio plays, the special features of audio texts, casting, acting techniques, the use of music, foley material and sound effects and how to combine all this with the voices of the actors.