This month, Pro Helvetia Cairo is supporting the trip of three Swiss music professionals to attend the 6th edition of Visa for Music festival (Morocco). Johannes Rühl, an ethnologist and scholar of cultural studies, Sandro Bernasconi, Director of Music Programming – Kaserne Basel and Marc Ridet, former director of Swiss Music Export, will be in Morocco from November 20 to 23 attending the festival; Marc Ridet will be giving a workshop on culture management, while Johannes Ruhl and Sandro Bernasconi will talk in sperate conferences organized by the festival.

Johannes Rühl:is an ethnologist and scholar of cultural studies. He managed several cultural institutions in Germany and Switzerland. Rühl is the artistic director of the music-festival Alpentöne and researcher at the University of Applied Sciences and Arts in Lucerne, school of music. He receives permanent Teaching Assignments in the field of cultural management and musicology. Since 1995 he is active in several, diverse and international cultural projects in close collaboration with relevant universities and cultural institutions worldwide. 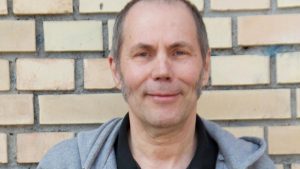 Marc Ridet
For more than 30 years now, Marc Ridet has been a key figure of the Swiss music scene. He was notably the founder and programmer of the mythical Dolce Vita, the very first rock club to appear in the city of Lausanne. Since the beginning of the ’90s, till 2018, Ridet was the head of the FCMA Foundation, which promotes Swiss bands within the country.
Ridet worked as the director of Swiss Music Export, for almost 20 years. Based in Zurich and Nyon, near Geneva, the Expo helps promote Swiss artists in Europe. 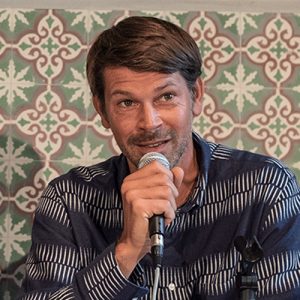 Sandro Bernasconi
has been directing the music program of Kaserne Basel since 2009. In 2010 he launched on the Kasernenplatz the first edition of the two-day open air “Viva Con Agua & Kaserne Basel-Festival”, the since 2013 as “Open Air Basel”. Sandro Bernasconi graduated with a Masters Degree in Law and Culture Management from the University of Basel. During his studies he organized various cultural events in the region Basel. For the project “swixx -Hip Hop on tour”, which was initiated by Pro Helvetia, was Sandro Bernasconi worked in 2006 as project manager throughout Switzerland. Between 2007 and 2009 he works for various Projects, such as the music parade “Beat On The Street” or as co-organizer of the exhibition “Urban Feedback”, organizer of the music series” Black Beans “in cooperation with the dome Basel.​

Visa For Music (VFM) is the first professional market /festival of Africa and Middle-East musics : it is a new event born in 2013 and organizing its 5th edition in 2018, with about 30 showcases at the center of the project, but also conferences, speed-meetings, workshops and trainings…

This project was born from a paradox : on the one hand, the lack of visibility for African and Middle-Eastern artists at an international level and, on the other hand, a very important artistic dynamism and musical creation from these musicians. To fight against this problem, Visa For Music has as first goal to highlight the artistic creation of Africa and the Middle-East, first of all regarding the world music and actual music.